Boris Johnson is set to impose tighter Covid restrictions in parts of England — including strict travel advice — in response to a sharp rise in infections in the south-east.

Mr Johnson met ministers on Saturday to finalise new Covid rules, only a fortnight after he brought the country out of a month-long lockdown.

Ministers discussed a new “stay at home” message for London and the south-east, with the area put into the equivalent of a new tier 4. This would mean rules allowing Christmas bubbles of multiple families would not apply in those areas, according to officials.

The UK has also alerted the World Health Organisation to the emergence of a new, more contagious variant of the coronavirus in the region, the chief medical officer for England confirmed.

Saturday’s meeting of ministers is expected to sign off new restrictions including a crackdown on travel by people living in London and the south-east — which could lead to the cancellation of Christmas plans for many people.

Under the new measures commuters could also be urged not to travel into central London unless strictly necessary.

“We have alerted the World Health Organisation and are continuing to analyse the available data to improve our understanding.”

Prof Whitty said there was no evidence to suggest the new strain was more deadly, led to a higher mortality rate or that it affected vaccines and treatments, although he said urgent work was under way to confirm this.

“Given this latest development it is now more vital than ever that the public continue to take action in their area to reduce transmission,” he said.

The government has authorised a five-day period over Christmas during which people from up to three households. can gather under the same roof to celebrate, despite the concerns of many scientific experts.

On Friday Mr Johnson refused to rule out a third national lockdown and admitted that the current system of regional restrictions was failing to control the spread of Covid-19.

“We’re hoping very much that we will be able to avoid anything like that. But the reality is that the rates of infection have increased very much in the last few weeks,” the UK prime minister said on a visit to Manchester on Friday. 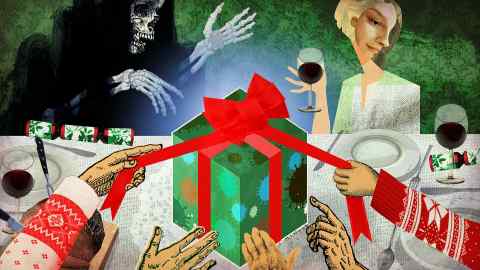 Data from the latest Office for National Statistics survey showed that during the week of December 5 to 12 an estimated 567,300 people had Covid-19 — equivalent to one in 95 of England’s population. The proportion for the previous week was one in 115.

At the same time the UK’s R number — the average number of people to whom someone with Covid-19 passes the infection — was between 1.1 and 1.2, meaning that new coronavirus cases were increasing between 1 and 4 per cent a day.

“This is an incredibly serious moment and people are worried. The prime minister has refused to take action to limit the virus’s spread over Christmas. All he has offered so far is confusion and indecision,” he said. 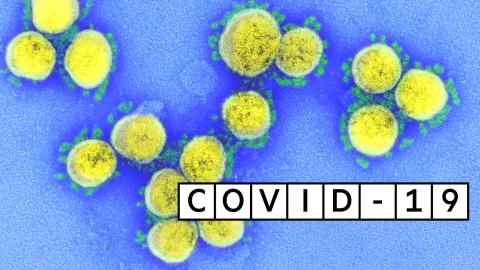 On Saturday former chief scientific adviser Sir David King told Sky News that Mr Johnson’s plans to allow people a “jolly Christmas” had led to more relaxed behaviour by the public. “There’s no doubt in my mind the United Kingdom as a whole will have to go into lockdown after Christmas if we retain this five day period of movement.”

The prime minister on Friday advised people to start self-isolating immediately if they were planning to spend Christmas with older relatives.

The tighter travel restrictions would come just days after the government issued warnings to people not to travel unless it was “absolutely necessary”. Peter Hendy, the government’s Christmas travel tsar, urged people to “stay local” if possible.

From Zoom to Quibi, the tech winners and losers of 2020