Camp was a history, technology and society major and graduated from Georgia Tech in December. In addition to his high academic achievement, Camp caught 29 passes for 439 yards and four touchdowns in 10 games last season, leading the Yellow Jackets in all three receiving categories. He also served as a game captain two times as a senior. He announced last month that he would forego the opportunity to return to Tech for a sixth season in 2021 and enter the ’21 National Football League Draft. 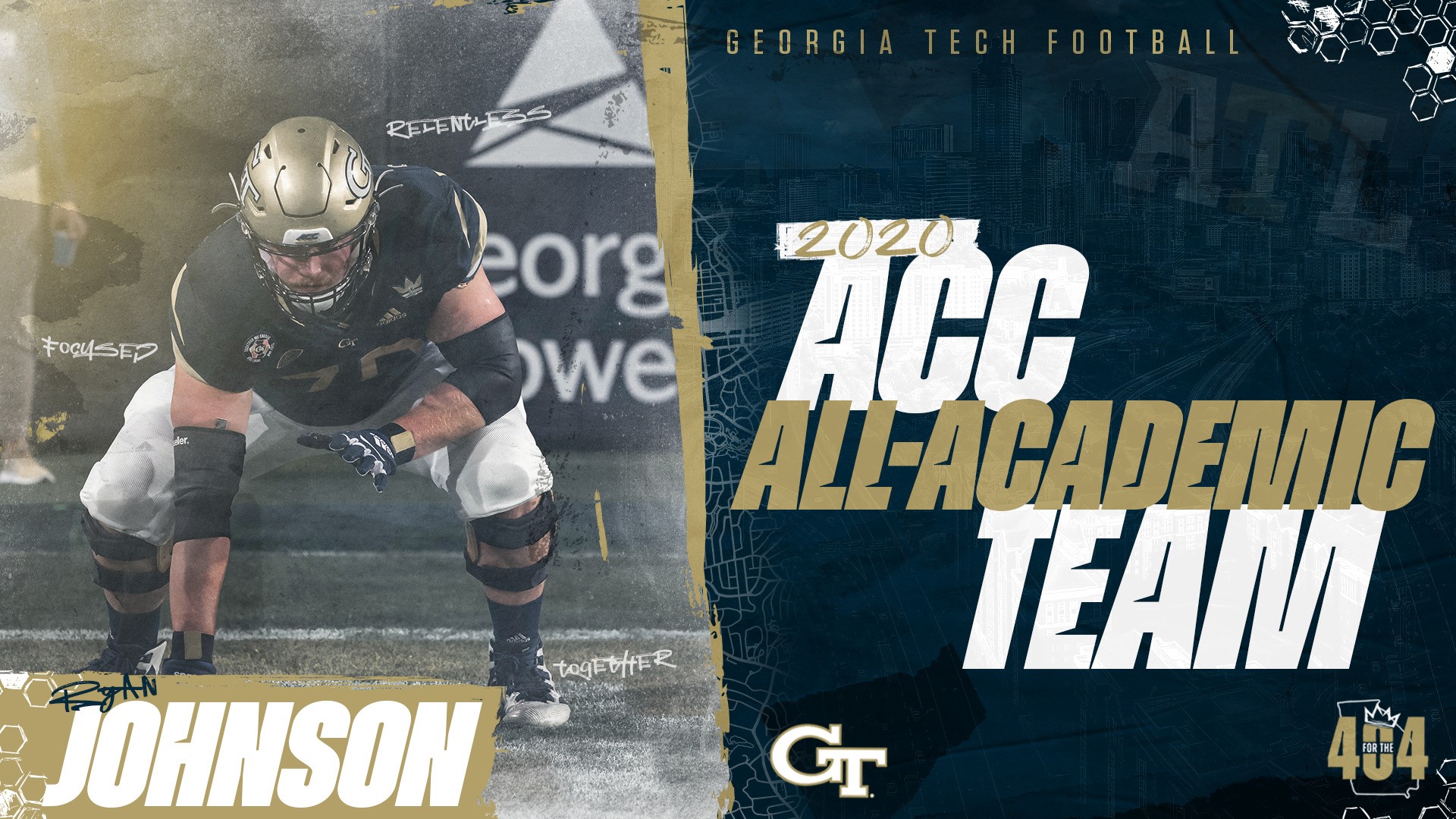 Johnson is pursuing a master’s degree in analytics from Georgia Tech. In his first season with the Jackets in 2020, he started all 10 games at right guard and helped Tech rank fourth in the ACC in fewest sacks allowed (2.3 per game) and fifth in the league in rushing (190.8 yards per game). He served as a game captain four times in 10 games and was named one of the Yellow Jackets’ four permanent captains for the 2020 season. Prior to his arrival at Georgia Tech, Johnson was a two-time academic all-district honoree and four-time Southeastern Conference academic honor roll member at Tennessee, where he also started 19 games in three seasons and earned a bachelor’s degree in civil engineering in just two-and-a-half years. He announced last month that he would return to Georgia Tech for his final season of eligibility in 2021.

The Alexander-Tharpe Fund is the fundraising arm of Georgia Tech athletics, providing scholarship, operations and facilities support for Georgia Tech’s 400-plus student-athletes. Be a part of developing Georgia Tech’s Everyday Champions and helping the Yellow Jackets compete for championships at the highest levels of college athletics by supporting the A-T Fund’s Annual Athletic Scholarship Fund, which directly provides scholarships for Georgia Tech student-athletes, and the Support The Swarm Fund, created to give fans an opportunity to help Georgia Tech athletics maintain its recent momentum through the financial challenges of the Covid-19 pandemic! To learn more about supporting the Yellow Jackets, visit atfund.org.