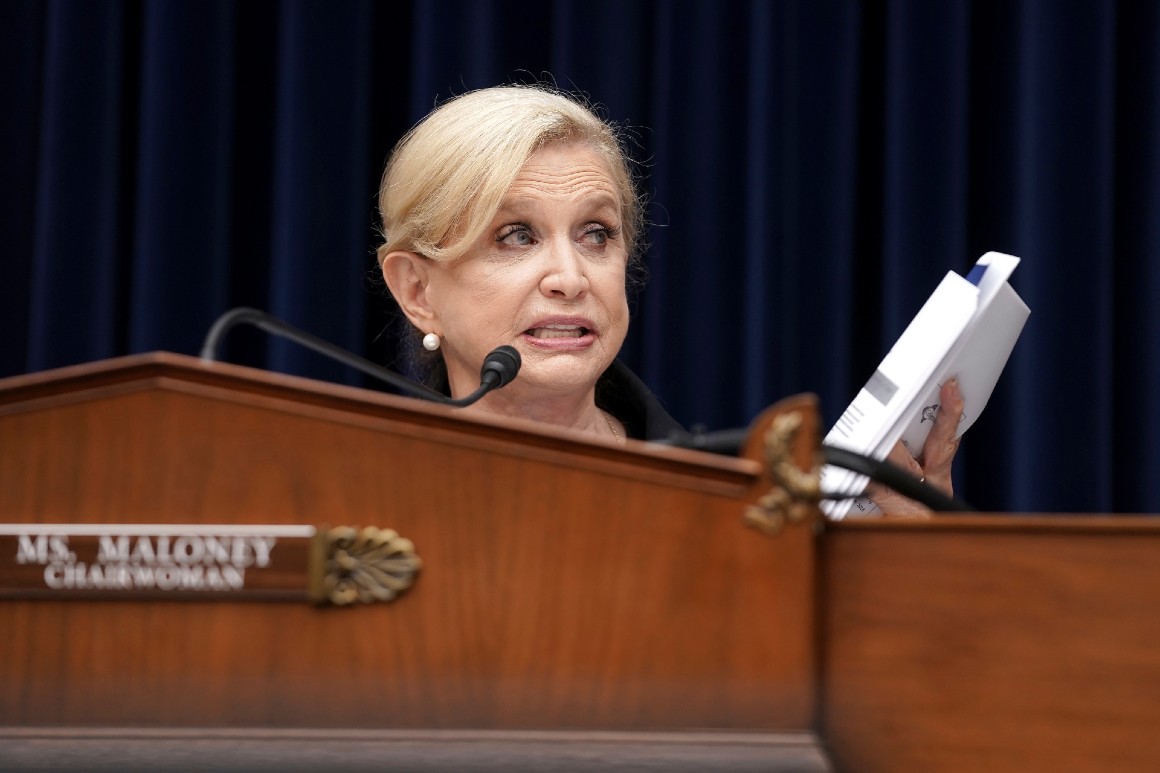 “The Trump Administration’s rampant abuse of power has jeopardized our communities, subverted our democracy, violated our laws, and now it has undermined global efforts to fight the coronavirus,” Yarmuth, Lowey and Maloney said in a joint statement.

“The documents obtained by our Committees show OMB took legally-binding steps to cater to the President’s dangerous and misguided whims, using an apportionment footnote to freeze expiring funds and circumvent Congress — the same tactic used to illegally withhold aid to Ukraine and which ultimately led to President Trump’s impeachment,” the lawmakers said.

A senior administration official called House Democrats’ release “bogus,” arguing that the money was ultimately spent and doesn’t amount to a violation of federal budget law. “Nothing happening here,” the official said.

The Trump administration’s 2019 decision to freeze hundreds of millions of dollars in military assistance to Ukraine partly prompted House Democrats to launch an impeachment inquiry into whether Trump leveraged the aid for investigations into his political rival at the time, now President-elect Joe Biden.

The agency first halted funding intended for WHO in August through an apportionment footnote. All of the money for WHO and other international programs was ultimately released just a week before the end of the fiscal year on Sept. 30. In early September, the Trump administration announced that it would distribute millions of dollars owed to the global health organization to other international causes.

Trump and other Republicans last spring railed against the WHO over its initial response to the coronavirus when it emerged in China. The president claimed the world health body ignored the threat and bowed to pressure from China.

The freeze on funding for WHO and other foreign aid programs is notable, given that the Trump administration was never required to spend the money on the international health organization.

Language included in fiscal 2020 spending bills only notes that the administration spend the money on “necessary expenses, not otherwise provided for, to meet annual obligations of membership in international multilateral organizations.”

“We believe that pursuant to the appropriation, we have broad discretion to spend that money,” an administration official told POLITICO in April.

House Democrats have since sought to tighten that language in their fiscal 2021 spending bills for the State Department and USAID, requiring the funds to be spent specifically on WHO.

In April, Yarmuth, Lowey and Maloney introduced a bill, called the “Congressional Power of the Purse Act,” that would require all apportionment documents to be published online.

I'm not crazy about all of Biden's ideas, but they deserve votes, not filibusters

Larry Magid: Be safe when shopping for the holidays