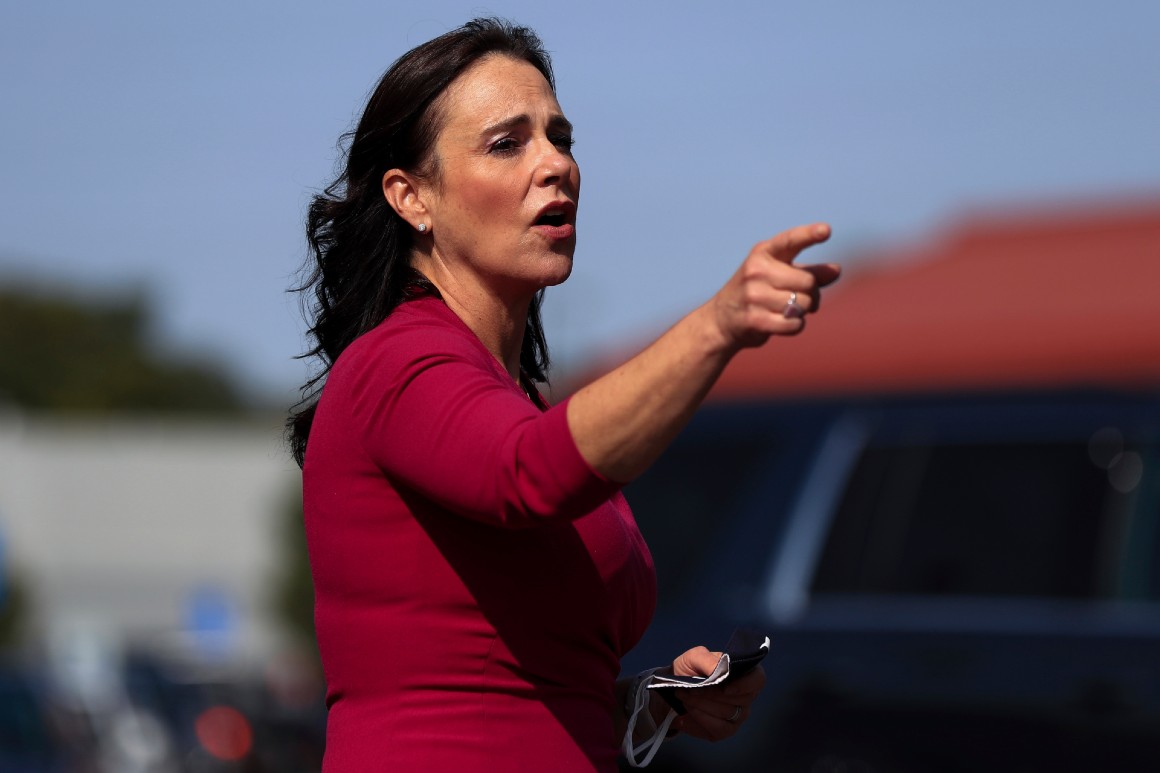 Her launch video featured attacks against Democrats, including images of President Joe Biden, Senate Majority Leader Chuck Schumer and House Speaker Nancy Pelosi — and also a swing at former GOP Gov. John Kasich. Timken says she “cleaned house of the Kasich establishment” when she took over the state party and helped Trump’s victory in the state. If elected, she would be the first woman to represent Ohio in the Senate.

Timken declined to say when she most recently spoke with Trump, saying she preferred to keep conversations with him private, but that she would “welcome his endorsement” in the race.

She’s the second Republican candidate to launch a campaign. Former state Treasurer Josh Mandel, who lost the 2012 Senate race in the state, launched his campaign last week and similarly emphasized a pro-Trump agenda in his announcement. Other Republicans are considering running, including Secretary of State Frank LaRose, businessman Mike Gibbons, state Sen. Matt Dolan, Rep. Steve Stivers and other members of the congressional delegation.

Mandel and Timken both launching on pro-Trump platform sets the stage for an intra-party race to the right, an effort to secure both the president’s potential support and that of his voters in the state.

Timken in the interview said it was no secret she previously supported Kasich, the state’s sitting governor at the time, but that he has “disappointed me and many Republicans. And, quite frankly, I don’t think he’s a Republican anymore.”

She also said she would have joined Republican senators who objected to the certification of the Electoral College last month, saying there had been fraud and election integrity issues. Mandel last week told POLITICO he would have objected to certification. Election officials and judges in multiple battleground states, including some Republicans and Trump appointees, found no evidence of significant fraud or irregularities in the November election.

“If i was in the Senate, I would not have voted to certify because I don’t think we had the opportunity to actually investigate any of those reports of widespread fraud,” Timken said.

On the Democratic side, Rep. Tim Ryan has told people he plans to run but has not made a formal announcement, while a handful of other Democrats are considering bids, including Amy Acton, the former director of the state health department, state Rep. Emilia Sykes and Franklin County Commissioner Kevin Boyce.

Lyft driver got carjacked, then hit with large deductible