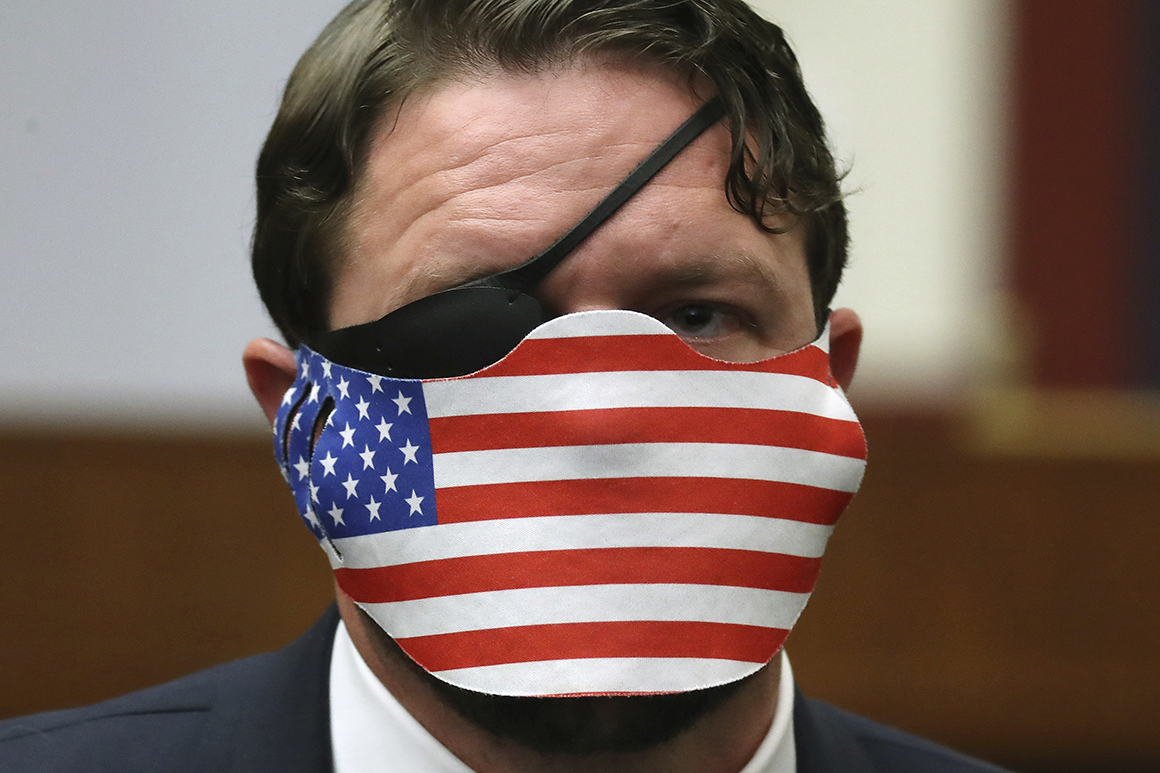 Greene, however, jumped on his comments and cast them as capitulating to Democrats.

“The time to STAND UP for @realdonaldTrump is RIGHT NOW! Republicans can’t back down,” Greene tweeted. “This loser mindset is how the Democrats win. President Trump has fought for us, we have to fight for him. We won’t forget. Trust me.”

Shortly afterward, Crenshaw called out Greene for apparently missing his call to back the president’s election investigation efforts.

“Did you even read past the first sentence? Or are you just purposely lying so you can talk tough?” Crenshaw tweeted in response. “No one said give up. I literally said investigate every irregularity and use the courts. You’re a member of Congress now, Marjorie. Start acting like one.”

Greene has previously espoused baseless conspiracy theories rooted in the QAnon phenomenon, which claims Trump is combating a cabal of elite pedophiles embedded in the United States government. QAnon has been deemed a domestic terrorist threat by the FBI, but it has found a home among some of Trump’s base. Trump himself has praised Greene as a “future Republican star” and has refused to disavow QAnon supporters.

Could Cristiano Ronaldo really be about to leave Real Madrid?