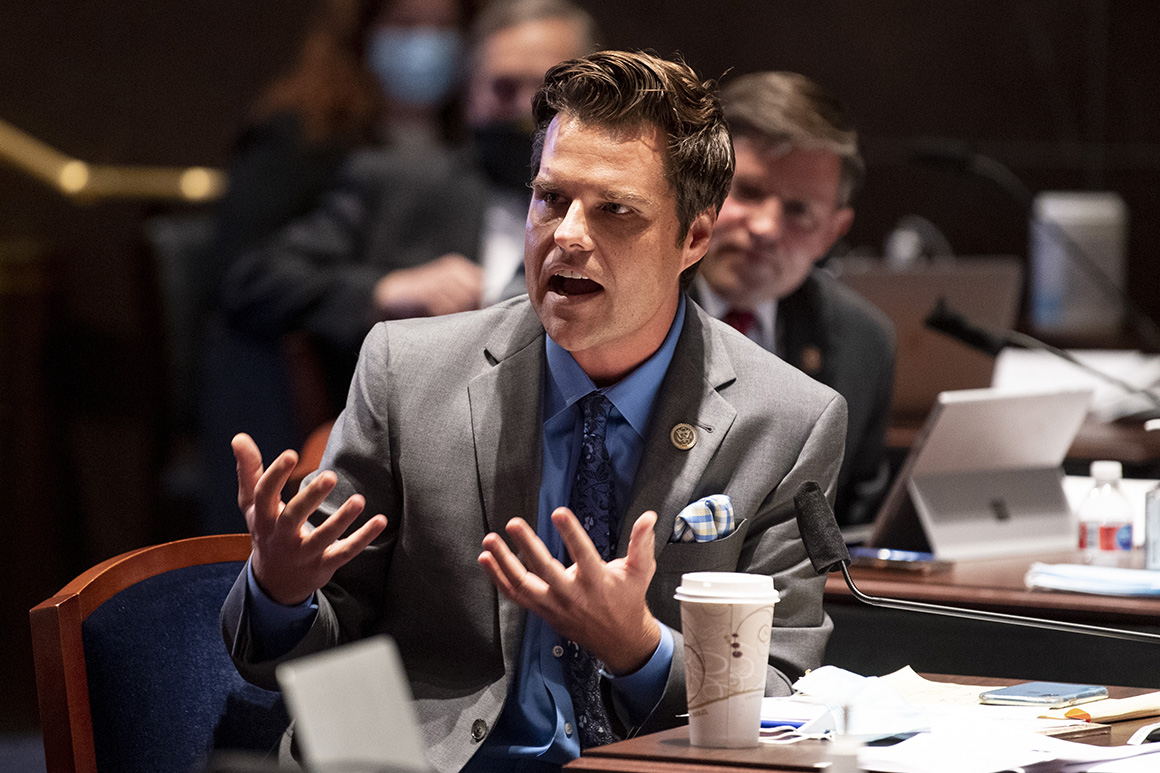 Gaetz has sharply denied the allegations and suggested he’s the victim of an extortion plot that negates the evidence against him.

It’s not Gaetz’s first tangle with the Ethics Committee. In 2019, the panel conducted an inquiry into Gaetz’s Twitter threat to expose an extramarital affair by Donald Trump’s former attorney, Michael Cohen. That threat took place on the eve of Cohen’s testimony to the House oversight committee about alleged financial misdeeds by the former president.

“Do your wife & father-in-law know about your girlfriends? Maybe tonight would be a good time for that chat,” Gaetz wrote at the time in a since-deleted tweet directed at Cohen. “I wonder if she’ll remain faithful to you in prison. She’s about to learn a lot.”

When the Office of Congressional Ethics, an independent legislative body that pursues allegations against House members, began investigating the matter, Gaetz refused to cooperate — leading the House Ethics Committee to launch a full probe. But Gaetz told POLITICO at the time he planned to blow off that probe as well.

“If members of Congress want to spend their time psychoanalyzing my tweets, it’s certainly their prerogative,” Gaetz said. “I won’t be joining them in the endeavor. Too busy.“

Separately, the House Ethics Committee launched an investigation into Rep. Tom Reed (R-N.Y.) over allegations of sexual harassment lodged by a lobbyist who recently shared her story with the Washington Post, which also found contemporaneous evidence to support her account.

In a statement, Reed said he had “publicly addressed this situation and consistent with that are cooperating with the House Ethics Committee to bring this matter to conclusion.”

Conor Sheary with a Goal vs. Boston Bruins