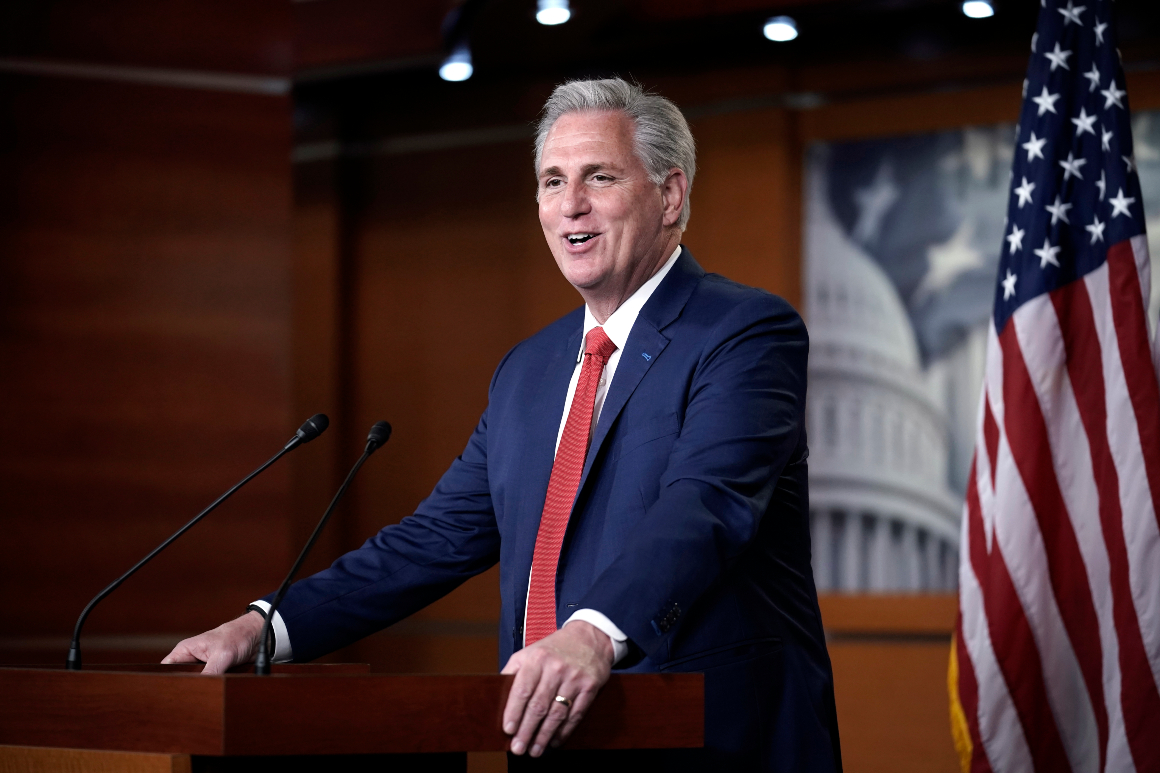 Since taking back the House and reclaiming the speaker’s gavel two years ago, Pelosi has had a sizable cushion to work with — over 230 Democrats in the House. That means Pelosi could afford to lose a handful of votes from her members when she needed to. And she never had to rely on Republicans to shepherd must-pass bills though the House.

But next year, Pelosi and her deputies will have little room for error. Democrats will probably only have a five- to 10-seat majority. That could make it difficult to pass even routine legislation, especially with the moderate and liberal wings of the party already sparring over their agenda and what went wrong in the election. Policy priorities that veer too far in one direction may be out of the question in some cases.

Democrats, for their part, argue the caucus will be united in pushing a Biden agenda through Congress — though McCarthy argues they’re in a weaker position.

“Republican victories at the ballot box were a direct result of Democrats’ failures on the House floor,” McCarthy said in a statement to POLITICO. “Now they enter a new Congress smaller and more divided.”

Republicans see the upcoming Congress as an opportunity for more bipartisanship in the House — even if it’s only out of pure necessity. And even Democrats say they expect a more bipartisan focus under President-elect Joe Biden, with fewer chances for messaging bills to reach the floor, as the two parties look to bolster a strained economy and achieve big ticket priorities like infrastructure.

“Speaker Pelosi is gonna have a tough time,” said Rep. Richard Hudson of North Carolina, who serves as a deputy whip and is running for GOP conference secretary. “She’s gonna have to make a decision: Does she want to work with Republicans to get things done? Or does she continue to cater to the base of her party?”

At the very least, Democrats’ whip-counting operation is going to be working hard next year, some floor votes are bound to be suspenseful and “family discussions” could get ugly and spill out into public view. And Republicans, who for years rolled their eyes at the media coverage of their internal feuds when they held the majority, are looking forward to the reversal.

“There’s some very big divisions in the Democrat conference,” Scalise said, “and it’s only going to get worse for them.”

Democrats, however, say don’t underestimate Pelosi. The speaker is known as a master vote counter who has been successfully corralling her members for her nearly two decades in power. That’s also why Democrats confidently say the GOP’s assertions that Pelosi could struggle to win 218 votes for the speaker’s gavel are overblown.

And even some Republicans agree — although they think that works in their favor.

“I don’t underrate her,” said Rep. Patrick McHenry of North Carolina. “She has an enormous capacity to whip her conference to vote against their political interests.”

“And going into the midterm, she has a lot of skittish members, and I have confidence she’ll get them to walk to the plank in a way that will be helpful for Republicans in 2022,” he added.

No one has stepped forward to challenge Pelosi, despite some grumblings in the caucus. Pelosi and her top two deputies, House Majority Leader Steny Hoyer of Maryland and Majority Whip Jim Clyburn of South Carolina, are all expected to lead the House for another two-year term.

“House Democrats have been unified in our message and in our votes throughout this Congress, and that will continue in the next Congress,” Hoyer wrote in a statement.

Still, Republicans are going to try to make life as painful as possible for Democrats over the next two years. They are planning to exploit divisions in the party using procedural tools that had already caused some heartburn for Democrats with their more robust majority over the past two years.

That includes drafting discharge petitions, which require 218 signatures to circumvent leadership and force floor votes, and “motions to recommit,” which allow the minority to amend a bill before final passage.

And the House GOP has successfully used these procedural maneuvers: They picked off enough Democrats to win as many as eight motions to recommit this Congress. They did so by crafting amendments that targeted vulnerable Democrats, spurring them to vote against their party out of fears of GOP attack ads back home. When Democrats held the minority from 2011 to 2017, they didn’t win a single motion to recommit.

Some Democrats, though, were in such tough electoral turf that they actually came to relish the chance to vote against their party.

In the past two years alone, dozens of Democrats have broken ranks in key moments — voting to add immigration-related language to their party’s universal background checks bill or an amendment to “commend” the work of U.S. Border Patrol agents to a bill on safety and hygiene standards for migrants in U.S. custody.

The Islanders Kept Things Interesting, While The Canadiens Shocked Us All