THE FLATS – Georgia Tech football will open the 2021 season with a 7:30 p.m. kickoff versus Northern Illinois on Saturday, Sept. 4 at Bobby Dodd Stadium, Tech learned on Thursday when the Atlantic Coast Conference and its television partners announced kickoff times and TV arrangements for the first three weeks of the season.

The Yellow Jackets’ season opener against NIU will be televised on ACC Network. 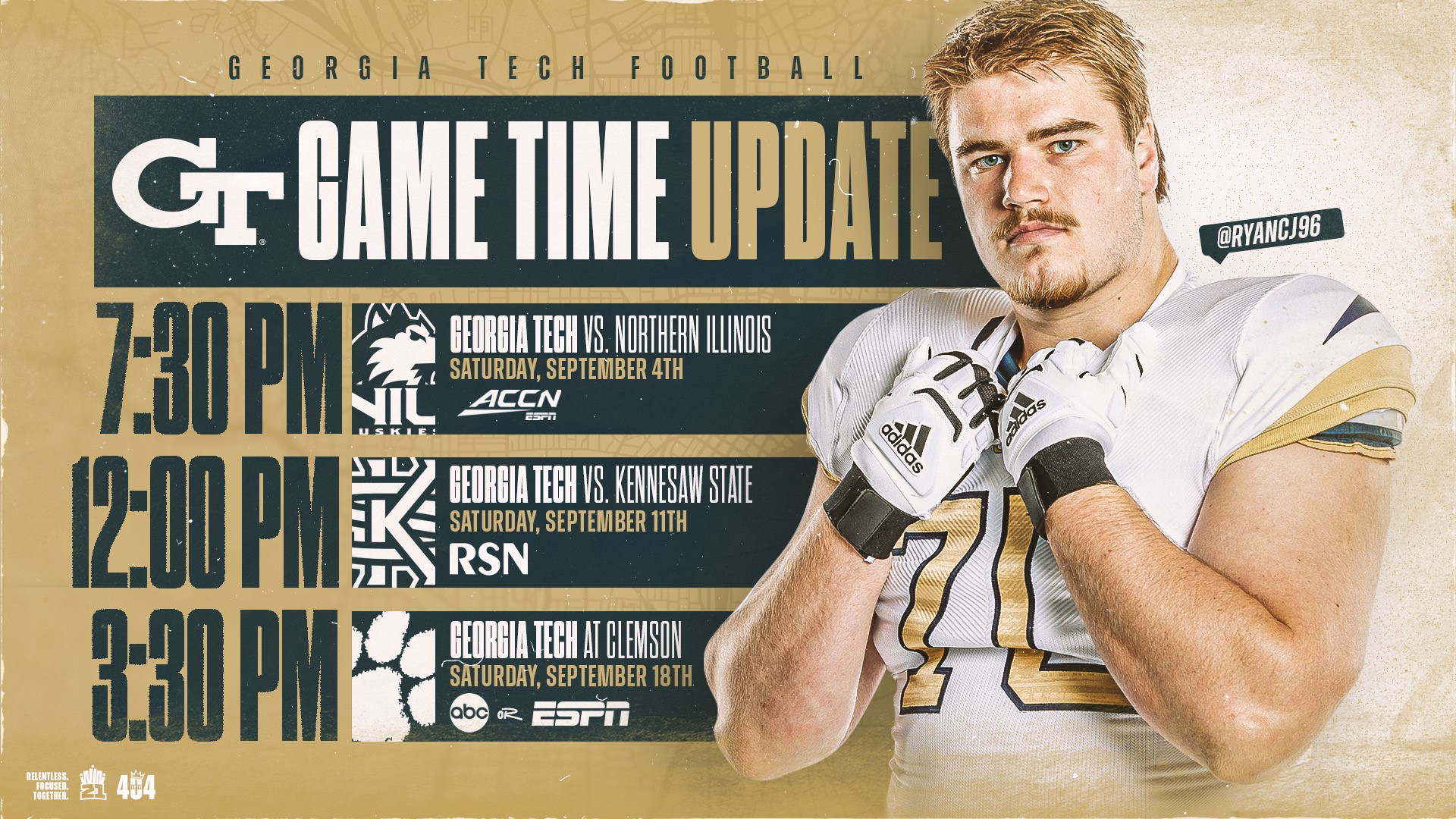 The Jackets’ primetime opener marks the first time in nine years that they will open the home portion of their schedule with a Saturday night game. Tech hasn’t played its first home game on a Saturday night since a 59-3 win over Presbyterian on Sept. 8, 2012.

Georgia Tech carries a streak of eight-consecutive wins in Saturday night home games into this season’s opener versus NIU. The Yellow Jackets haven’t lost a Saturday night game under the shadow of the Atlanta skyline since 2009.

Tech is also opening the season with back-to-back home games for the first time since 2015.

In all, Georgia Tech plays six home games at Bobby Dodd Stadium this fall. In addition to its six home dates at Bobby Dodd Stadium, Tech also hosts “Mayhem at MBS” versus North Carolina on Saturday, Sept. 25, the first game in a six-year series that will see the Yellow Jackets play one home contest per season at Mercedes-Benz Stadium from 2021-26.

2021 Georgia Tech football season are on sale now. Starting at just $299 per seat, season tickets include reserved seats for all seven games on the Yellow Jackets’ 2021 home schedule, including “Mayhem at MBS” versus North Carolina on Sept. 25 at Mercedes-Benz Stadium and the return of “Clean, Old-Fashioned Hate” versus archrival Georgia on Nov. 27 at Bobby Dodd Stadium. For full 2021 Georgia Tech football season ticket information, visit ramblinwreck.com/footballtickets.

Single-game tickets will go on this summer. Click HERE to receive information and presale opportunities when they become available.

Senators and impeachment managers: The trial is over but the work isn't done