Johnson was named to the NCAA Division I Academic All-District team in District 4, which is comprised of student-athletes that attend institutions in the states of Georgia, Alabama, Florida and South Carolina. To be considered for Academic All-District recognition, a student-athlete must have a minimum grade point average of 3.30 and be a significant contributor athletically. 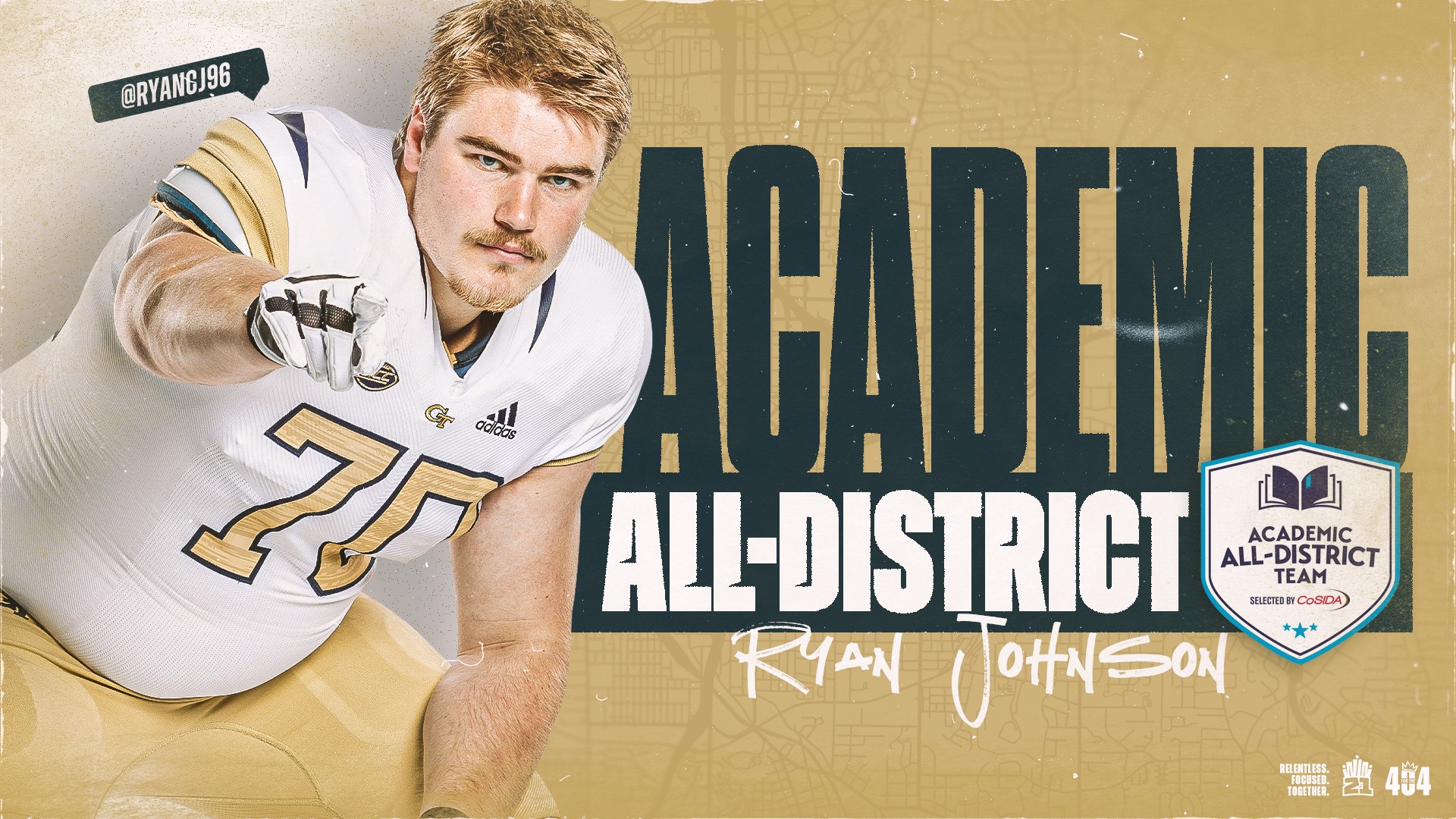 Johnson has compiled a 3.60 GPA while pursuing a master’s degree in analytics at Georgia Tech. He arrived at Tech as a graduate transfer in January 2020 after three seasons at the University of Tennessee. In his first season with the Yellow Jackets, Johnson started all 10 games at right guard and helped Tech rank fourth in the Atlantic Coast Conference in fewest sacks allowed (2.3 per game) and fifth in the league in rushing (190.8 yards per game). He served as a game captain four times in 10 games and was named one of the Jackets’ four permanent captains for the 2020 season. He was also elected one of four captains for Georgia Tech’s 2021 spring game.

The Academic All-District honor is the third of Johnson’s career, as he earned the recognition twice in his three seasons at Tennessee. At Tennessee, he appeared in all 36 games with 19 starts and earned a bachelor’s degree in civil engineering in just two-and-a-half years (with a 3.86 GPA). He also earned a master’s degree in structural engineering from UT before beginning coursework for his master’s in analytics from Georgia Tech, which he will complete this summer.

2021 Georgia Tech football season are on sale now. Starting at just $299 per seat, season tickets include reserved seats for all seven games on the Yellow Jackets’ 2021 home schedule, including “Mayhem at Mercedes-Benz Stadium” versus North Carolina on Sept. 25 and the return of “Clean, Old-Fashioned Hate” versus archrival Georgia on Nov. 27 at Bobby Dodd Stadium. For full 2021 Georgia Tech football season ticket information, visit ramblinwreck.com/footballtickets.

Single-game tickets will go on this summer. Click HERE to receive information and presale opportunities when they become available.