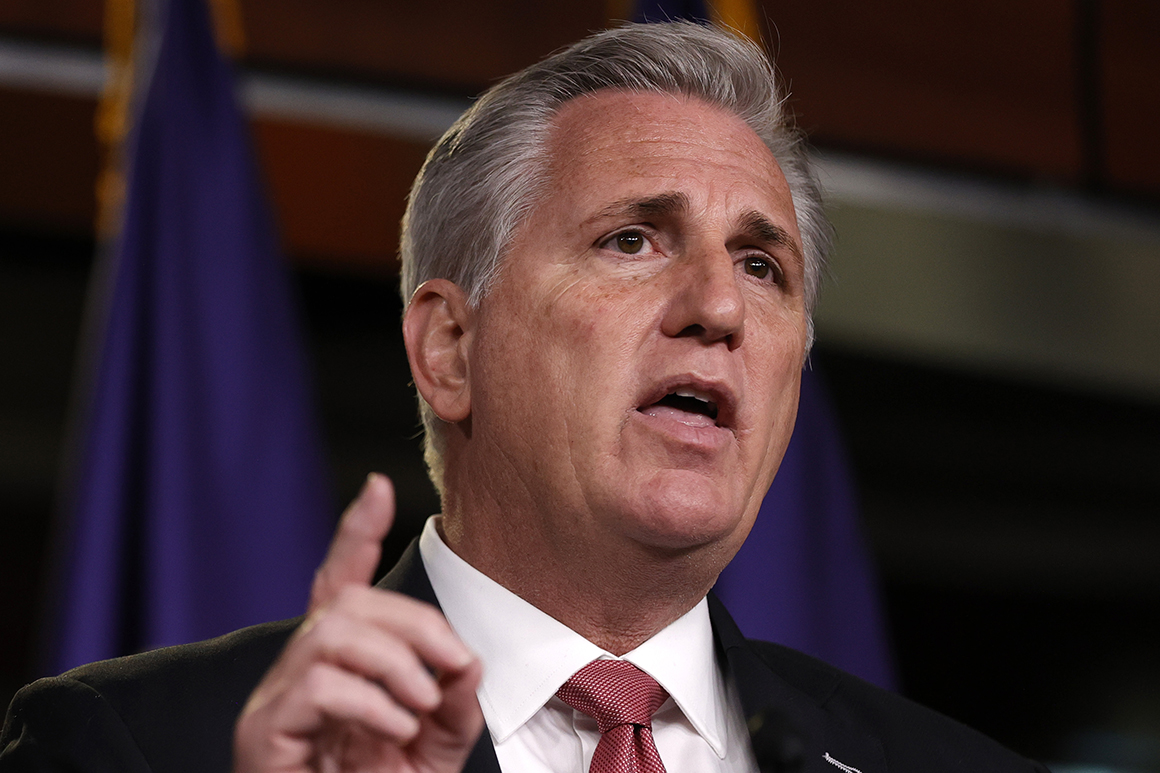 “We want to be united in looking, moving forward,” he said.

Stefanik, in her fourth term from a district in upstate New York, had been widely perceived as the choice to replace Cheney even before McCarthy’s statement.

Cheney has fallen out of favor among Republicans because of her dismissal of former President Donald Trump’s repeated assertions that the 2020 presidential election was stolen from him, a public stance very few other Capitol Hill Republicans have taken. Former House Speaker Newt Gingrich, also appearing on Bartiromo’s show, supported those who want her out of the House Republican leadership.

“I think she made a calculated decision that she would rather be a martyr than try to accommodate her own conference,” Gingrich said. “She has every right as an individual member to say and do what she wants to. But she has no right as the chair of the conference to take the power and the prestige that the conference has given her and use it to undermine the conference.”

Dominic Toninato with a Goal vs. Edmonton Oilers