Rapid Covid tests to be offered to all in England

Everyone in England will be able to access free twice-a-week coronavirus tests from April 9 as the government prepares to loosen lockdown restrictions further with the reopening of non-essential shops, pubs and restaurants.

Boris Johnson will set out the next phase of national lockdown easing, following the reopening of schools and loosening of restrictions on outdoor socialising in March, at a Downing Street press conference on Monday.

The UK prime minister said “good progress” had been made in thwarting the spread of Covid-19 — including the successful vaccination programme — and regular testing would “make sure those efforts are not wasted”.

“That’s why we’re now rolling out free rapid tests to everyone across England — helping us to stop outbreaks in their tracks, so we can get back to seeing the people we love and doing the things we enjoy,” Johnson said.

Matt Hancock, health secretary, said regular rapid testing across the population would be “fundamental in helping us quickly spot positive cases and squash any outbreaks”.

The mass rapid testing will be delivered through a home delivery service, as well as via testing in workplaces and the community. Standard PCR tests, which usually take 24 hours or more to deliver results, will be available from specific centres at time windows. Schools and colleges will also have on-site testing.

Lateral flow tests have been criticised over their accuracy, but the government’s health advisers insist they will help break the chain of transmission.

Susan Hopkins, Covid-19 strategic response director at Public Health England, said “these tests are effective in detecting people that are infectious and therefore most likely to transmit infection to others. They are another tool we now have to help maintain lower infection rates.”

On Monday senior ministers, including chancellor Rishi Sunak and Hancock, will meet to examine the latest Covid-19 data and sign off the next phase. Two senior government officials confirmed that the loosening of restrictions would get the green light.

Johnson will also set out the government’s stance on several important reviews, including on the resumption of international travel, vaccine certification and the relaxation of social-distancing guidelines.

He will set out the process for resuming travel with the return of a traffic light system for destinations. Countries will be designated red, amber or green, with different levels of testing and quarantine regimes.

Whitehall insiders said three variables would define how destinations were placed on the list: the level of vaccination, the prevalence of new “variants of concern” and the infection rate.

There may also be a differentiation between those who have received one or two Covid-19 vaccines. “If you’ve had one jab, that might require more testing than two,” said one official working on the plans.

International travel will not resume until May 17 at the earliest, but Johnson is not expected to set out a specific timeline. “We will set out a framework tomorrow [Monday] but no dates,” said a Number 10 insider. 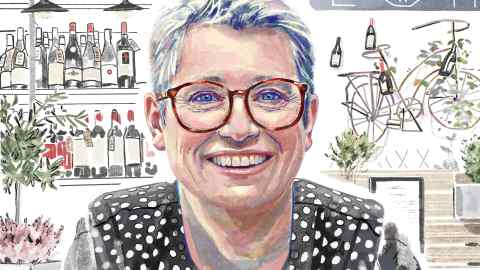 Another senior Whitehall figure said: “May will not be ruled out for international travel, but the PM may say it’s still too early to book a summer holiday.”

The second review Johnson will discuss on Monday is on controversial vaccination passports. Trials of a certification scheme will begin in May for nine major events, including the FA Cup semi-finals and the World Snooker Championships.

Nigel Huddleston, sports minister, said the trials would initially be focused on a rigorous testing regime instead of jabs. “The earlier pilots almost certainly won’t involve any elements of certification but will involve testing, making sure that people are tested before and after the events,” he said in a pooled clip for broadcasters.

The trials will later expand to include those with jabs with the repurposing of an existing NHS app to record vaccinations, testing and immunity. Ministers are hoping that the scheme will help provide an incentive to younger people to get vaccinated.

“If people see packed football stadiums with people certified, they will think ‘we’re missing a boat’ and we hope it will get people signing up,” said a government insider.

The app pilots, which will be overseen by Cabinet Office minister Michael Gove, are expected to be introduced cautiously given the potential for a cross-party rebellion on civil liberties grounds.

Further trials of the NHS app for jabs are expected over the summer. “If the trials in May go well, you could see a gradual rollout with further trials from June onwards,” an official said.

The final government review Johnson will reference on Monday is into social-distancing guidelines and when and how they can be relaxed later in the summer to allow the full return of workers to offices. Whether vaccine certification is required for indoor pubs or restaurants will be decided by the social-distancing review.

Could Cristiano Ronaldo really be about to leave Real Madrid?