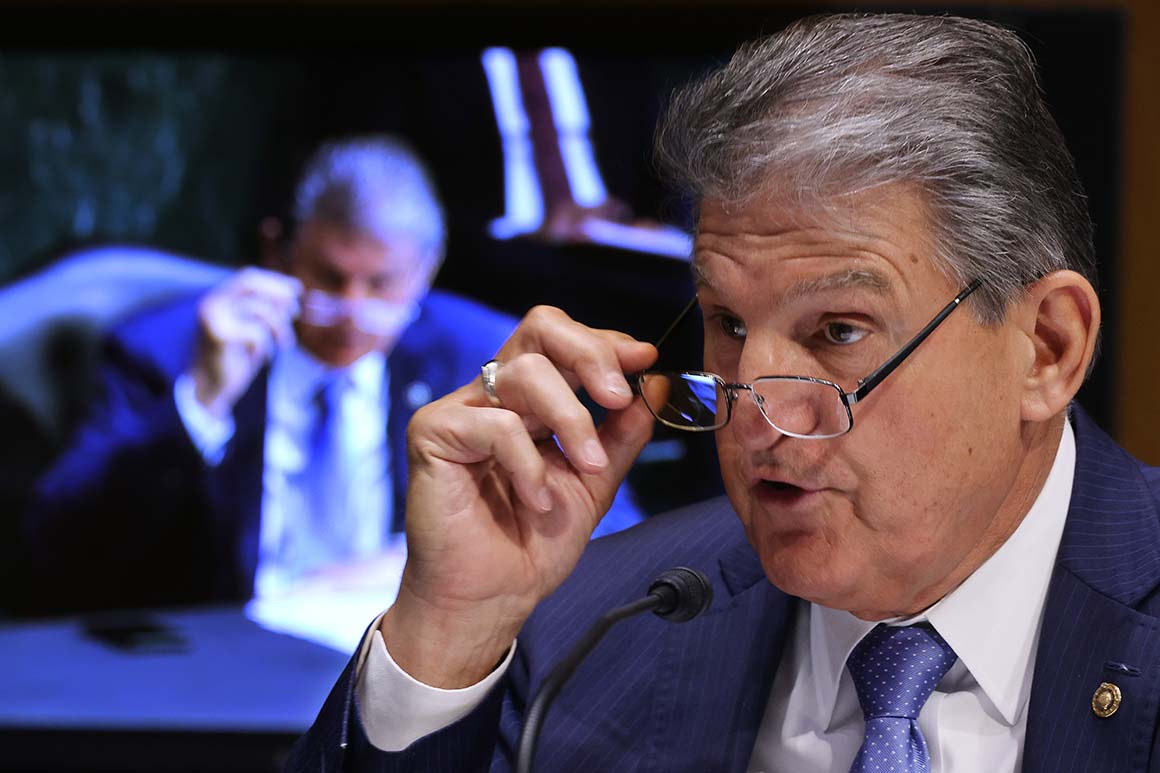 “I’ll never vote for another extension as long as I know that with the vaccines, there’s not an excuse for no one to be vaccinated,” the moderate Democrat said. “I understand there’s millions of jobs in America that we can’t fill right now. So we need people back to work. There’s more and more people understanding they’re in trouble.”

Manchin has previously expressed hesitation over the benefit. In a vote earlier this year, he backed only extending the added money until mid-July, but he ultimately voted to pass Biden’s American Rescue Plan in March. Now, Manchin is far from alone in his concerns, and his opposition to another extension suggests the path forward for the added benefit could be steep, if not outright impossible.

Senate Republicans are not expected to support another extension. So without Manchin’s vote, Democrats wouldn’t be able to pass the added benefit through reconciliation. There’s also some hesitation among moderates in the House. When asked whether House Democrats had the votes to extend benefits, one moderate Democratic lawmaker responded: “God, I hope not.”

Business groups, Republicans and some Democrats argue the benefit is a disincentive to work by providing more money than some people make at their jobs. The White House counters that businesses need to provide higher wages and safer working conditions to entice workers to return.

Sen. Ron Wyden (D-Ore.), the chair of the Senate Finance Committee, said there had been “report after report indicating” it was “not accurate” that the benefits discouraged work. He cited the need for childcare and the reduction of public transit service in many cities as several of the factors affecting the labor market. Reducing benefits in the way Republican governors had done would leave many people with effectively no income, he said.

Several economists also highlight a Yale study from last year that found “no evidence” that the initial $600 boost in federal unemployment benefits from last year’s CARES Act increased layoffs or discouraged workers from returning to their jobs over time.

In interviews Tuesday, several Senate Democrats said they were taking a wait-and-see strategy on the issue, adding they’d need to assess the economic situation this summer and noting potential regional differences. Sen. Angus King (I-Maine), who caucuses with Democrats, put it this way: Congress should take a “conditions-based, not calendar-based” approach to extending the benefit.

Some Republican governors have already announced they would end the program before its expiration date as vaccinations continue and virus caseloads decline. In Montana, for example, Republican Gov. Greg Gianforte will end participation in the federal benefit at the end of June.

“I don’t think that’s unreasonable,” said Sen. Jon Tester (D-Mont.). “But it’s Montana, and I can’t tell you if that same thing would apply in Vermont or in Nevada.”

Sen. Jeanne Shaheen (D-N.H.) echoed that sentiment, noting that in New Hampshire “the unemployment rate is pretty low at this point” and “if that continues it probably should not be extended.”

But senators also cautioned that the issue is not on their radar just yet, since the deadline isn’t until the start of September.

Sen. Tim Kaine (D-Va) suggested he’s open to changing the benefit, though he acknowledged there were not “active discussions” yet on its extension. Congress’ aid had been “generous” during a “tough time” for Americans, he said. “But that doesn’t mean that now that we’re nearer hopefully to the end of this than the beginning we can’t make adjustments.”

This Secret Room In Mount Rushmore Is Having A Moment