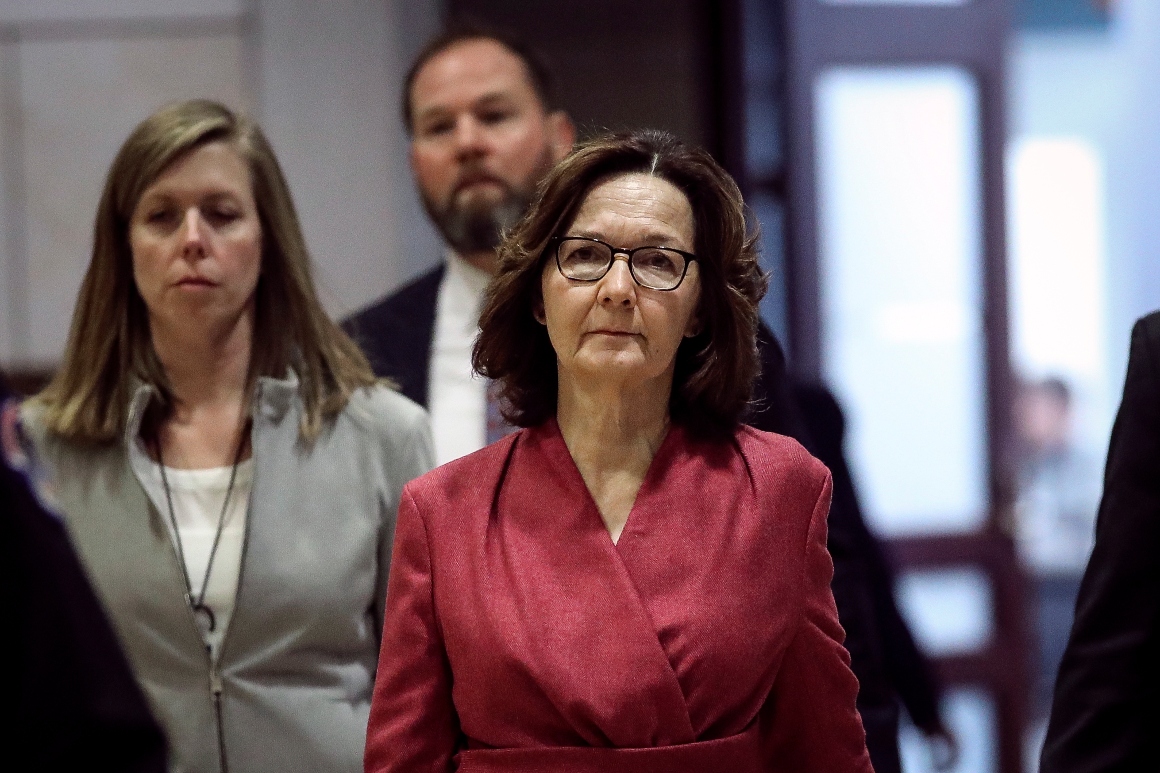 “Obviously any director serves at the pleasure of the president, and I’m not the president,” Rubio said in a brief interview after a 90-minute closed-door briefing with Haspel at the Capitol on Tuesday. “But if you ask me my opinion, I think she’s done a good job.”

Like other Republicans, Rubio said that “it would be good for the stability at the agency” for Haspel to remain in place, especially as the federal bureaucracy prepares for a transition to President-elect Joe Biden’s administration.

Sen. John Cornyn (R-Texas), a member of the Intelligence Committee and the GOP leadership team, similarly praised Haspel when asked about her job status, calling her a “good public servant” and rejecting the notion that she should be fired.

Republicans’ words of support for Haspel come as Trump continues to block cooperation with Biden’s transition team, which has yet to receive the federal funds and access to other resources that are necessary to kick-start the transfer of power. While the president falsely claims he won the election, Republicans have largely stood by him as he challenges the election results in several states.

But some, like Rubio, have encouraged the Trump administration to aid a Biden transition by taking steps that include briefing the president-elect on the most sensitive classified information that the commander in chief receives on a daily basis. That process would be led by the Office of the Director of National Intelligence, which has not yet engaged with the Biden transition team.

“I don’t think it prejudices the president’s legal claims in any way to begin the transition work, just in case,” Rubio said, though he has largely deferred to the Trump campaign’s long-shot legal challenges before recognizing Biden as the president-elect.

Rubio’s counterpart atop the Intelligence Committee, Vice Chairman Mark Warner (D-Va.), has warned that a haphazard and unstable transition process could benefit foreign adversaries seeking to exploit vulnerabilities in the U.S. national security apparatus. And the 9/11 Commission Report stated that the delayed presidential transition after the 2000 election — prompted by the recount in Florida — made the U.S. less prepared for terrorism threats on Sept. 11, 2001.

“I worry about the people who have shown some degree of integrity being removed. I definitely worry about that,” Senate Minority Leader Chuck Schumer (D-N.Y.) said. “That’s what Trump does. And he’s getting more and more desperate as he realizes the election results.”

Rubio said Haspel’s job status did not come up during the committee’s meeting with her. But immediately after the briefing with senators, Haspel was spotted entering Senate Majority Leader Mitch McConnell’s office.

A spokesman for the Kentucky Republican declined to comment, and Haspel did not answer questions from reporters about whether she was concerned about her employment. A CIA representative did not immediately respond to a request for comment.

On Monday, Trump fired Defense Secretary Mark Esper, fueling concerns that the president would fire additional officials perceived to be disloyal to him. McConnell and the chairman of the Senate Armed Services Committee, Sen. James Inhofe (R-Okla.), had urged Trump to leave Esper in place, POLITICO previously reported.

Haspel, a career intelligence officer, was confirmed by the Senate two and a half years ago with bipartisan support. But Trump has soured on Haspel lately, according to sources familiar with the matter, because she has opposed the declassification of documents related to the 2016-era Russia investigation.

One document in particular that Haspel opposed disclosing was a memo that detailed an unverified Russian intelligence assessment that Hillary Clinton signed off on a plan to tie Trump to the hacking of the Democratic National Committee in 2016. POLITICO previously reported that the Senate Intelligence Committee immediately rejected the veracity of the information once learning of it.

In addition to Haspel, Trump is reportedly considering firing FBI Director Christopher Wray, who the president and his allies think has been uncooperative in an effort by Senate Republicans and other investigative bodies to examine the Russia probe.

Natasha Bertrand and Marianne LeVine contributed to this report.