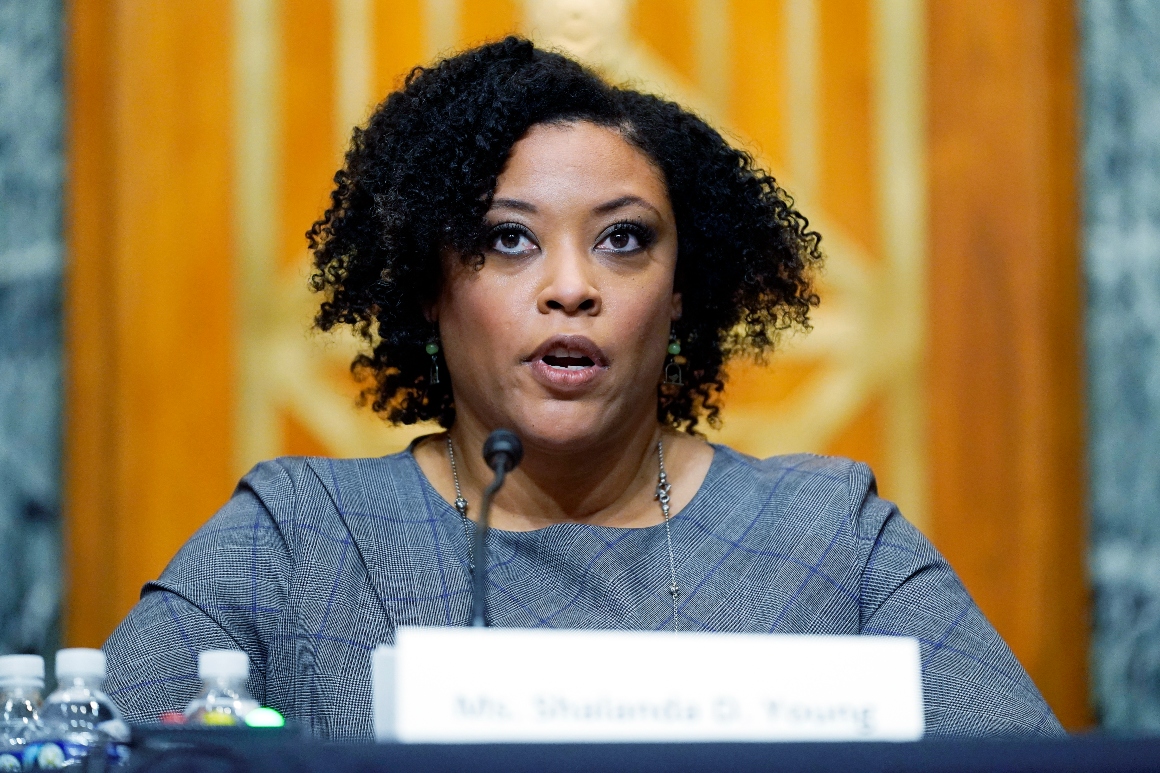 “Everybody who deals with you on our side has nothing but good things to say. You might talk me out of voting for you, but I doubt it,” Graham said.

In her prior role as staff director for the House Appropriations Committee, Young developed a sterling reputation among lawmakers from both parties as she led negotiations on bipartisan funding deals. In contrast, lawmakers have expressed concern that the harsh comments Tanden has made about sitting lawmakers could hinder her ability to work with Congress in enacting Biden’s policy priorities.

“You may be more than deputy,” Sen. John Neely Kennedy (R-La.) told Young. “I don’t expect you to comment on that.”

Young noted that Tanden “apologized profusely” for a prolific history of tweets criticizing and name-calling politicians from both parties, including Budget Chair Bernie Sanders (I-Vt.).

As a longtime congressional aide, Young said her policy experience would complement the expertise of Tanden, who has led the liberal Center for American Progress. “I do think we both bring some skill sets in different areas where we’d make a great team if both of us were confirmed,” she said.

The two nominees have gotten to know each other over the last few weeks and “didn’t have much interaction before then,” Young said.

After Sen. Joe Manchin (D-W.V.) announced last month that he would not support Tanden’s nomination to be OMB director, Sen. Richard Shelby (R-Ala.) said he would vote for Young if the president were to swap in her nomination for the top post.

During Young’s confirmation hearing Tuesday, Senate Appropriations Chair Patrick Leahy (D-Vt.) harkened back to the night a deal was reached to end the 35-day government shutdown in 2019.

“Fortunately, Shalanda was with us,” Leahy said, crediting Young for having a vast knowledge of federal programs, understanding of the political process and determination to aid the country.

“We reached a solution,” Leahy said. “That’s what Shalanda is best at. She knows how to work across the aisle to get a deal done.”

The Premier Lacrosse League Is Trying To Change The Game

The best tech for barbecues

Larry Magid: What Google announced at its developer’s conference