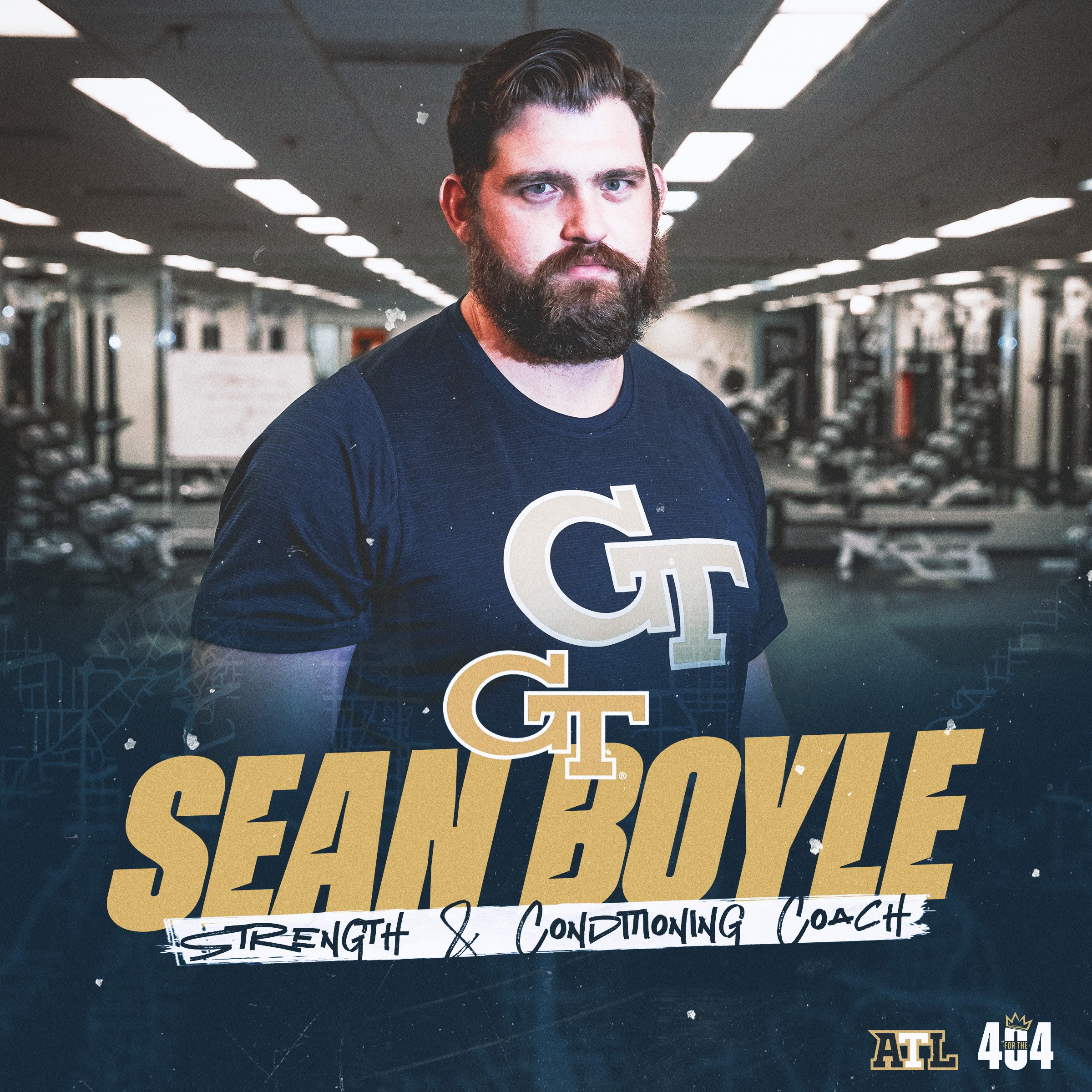 Boyle comes to Georgia Tech from Colorado State, where he spent 2020 as an assistant strength and conditioning coach. Prior to his one season at Colorado State, he was a graduate assistant strength and conditioning coach at his alma mater, Temple, for the 2019 season. He also has six years of experience as a private personal trainer and performance coach.

Boyle played collegiate at Temple from 2008-13, appearing in 36 games as an offensive lineman and helping lead the Owls to their first bowl berth in 30 years in 2009. He was a member of the Temple and Mid-American Conference academic honor rolls and was named to the Big East Conference all-academic team in 2012. The brother of Georgia Tech football research and analytics coordinator Pat Boyle, Boyle earned two degrees from Temple – a bachelor’s in kinesiology and exercise science in 2012 and a master’s in kinesiology in 2014. 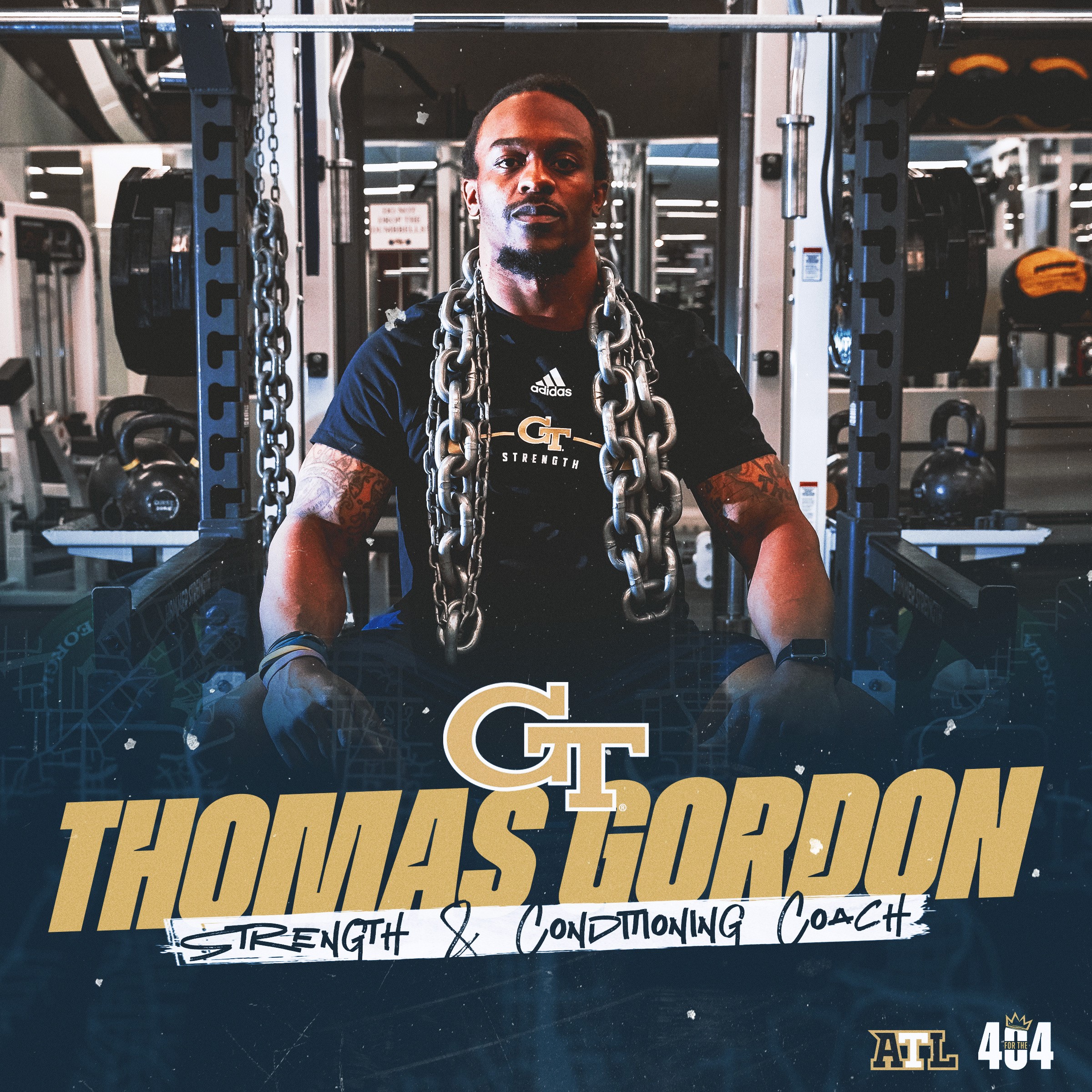 Gordon comes to The Flats after spending the past three years as a performance coach at Performance 80 Fitness in Detroit, where he helped train some of the most talented athletes in the state of Michigan. He began his career in strength and conditioning after a four-year professional football playing career, beginning with two seasons with the New York Giants (2014-15), followed by a season with the Canadian Football League’s Toronto Argonauts (2016).

Gordon played collegiately at Michigan, where he played in 47 games and made 38 starts at safety from 2010-13. He compiled 229 tackles, including 11.5 for loss and three sacks, to go along with six interceptions, four forced fumbles and four fumble recoveries over four seasons with the Wolverines. He earned a bachelor’s degree from Michigan in 2013. 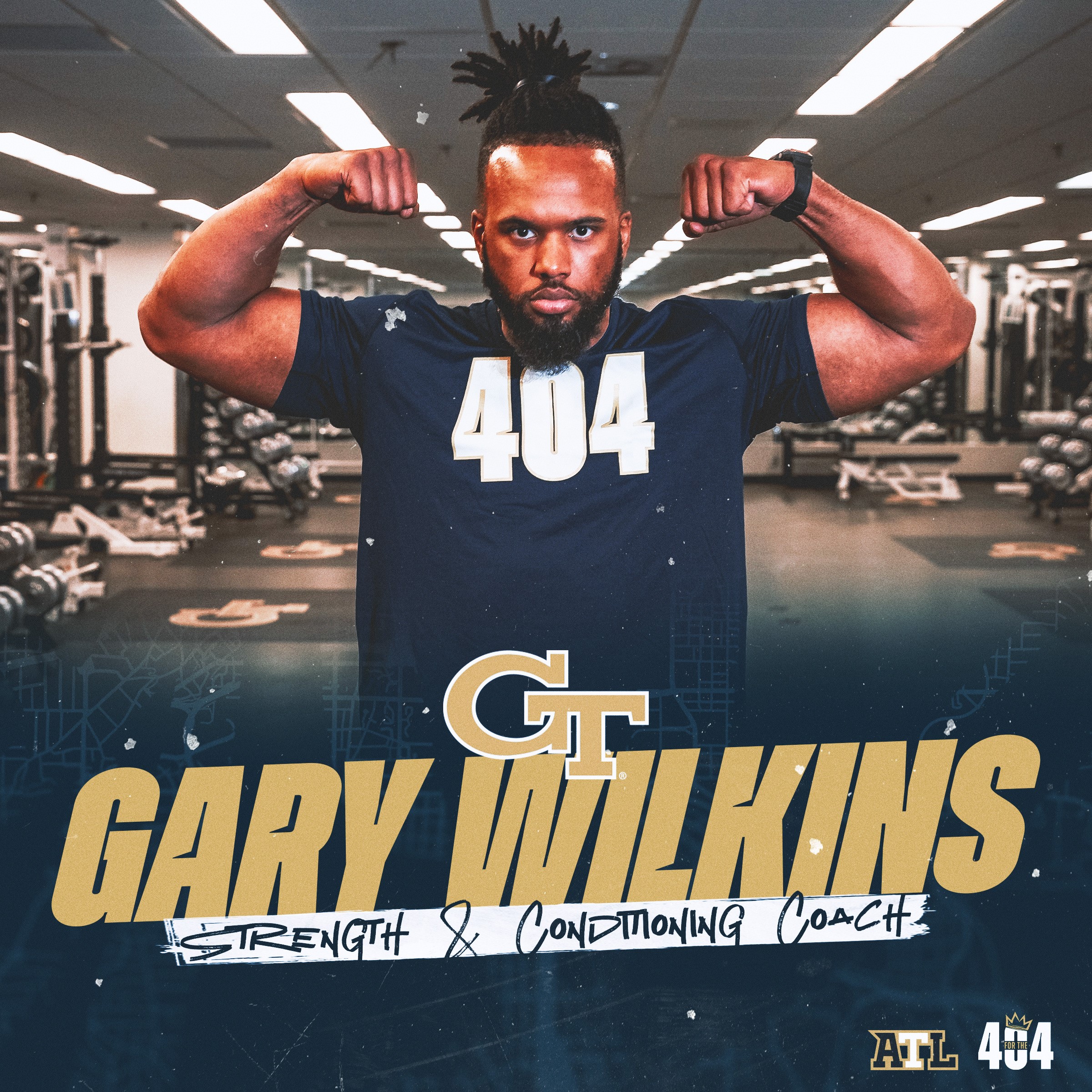 Wilkins returns for his second stint with Tech football after serving as the director of athletic strength and conditioning at nearby Morehouse College for the past year. He previously served as a member of the Yellow Jackets’ football video operations staff for a year in 2018-19. His professional experience also includes one season as a graduate assistant strength and conditioning coach at Georgia State (2019) and one season as an on-field assistant coach at Easley (S.C.) H.S. in 2016.

An Atlanta-area native, Wilkins played collegiately at Furman from 2011-14, where he was a two-time all-Southern Conference defensive lineman, including earning first-team honors as a senior. He registered 294 tackles, 37.5 tackles for loss, 15 sacks, two interceptions (both returned for touchdowns, including a 98-yarder), four forced fumbles and two fumble recoveries in his four seasons with the Paladins. He went on to earn a training camp invitation with the Oakland Raiders as an undrafted free agent in 2015 and played for two seasons with the Saskatchewan Roughriders in the Canadian Football League. The son of Georgia Tech football letterwinner Gary Wilkins, Wilkins earned a bachelor’s degree in communication and media studies from Furman in 2014.

“Sean, Thomas and Gary are home run additions to our staff,” Caralla said. “They fit the culture of Georgia Tech football perfectly and bring a ton of knowledge and relatability to our players. I’m very excited for them to get started and know that they will be unbelievably valuable resources for our student-athletes as we continue in the development of our program.”

Georgia Tech is in the midst of offseason workouts, as it prepares for its spring practice season, which will begin next month. Dates for the Yellow Jackets’ spring season, including the annual spring game, will be announced in the near future.

Progressives find a villain after minimum wage defeat: the filibuster